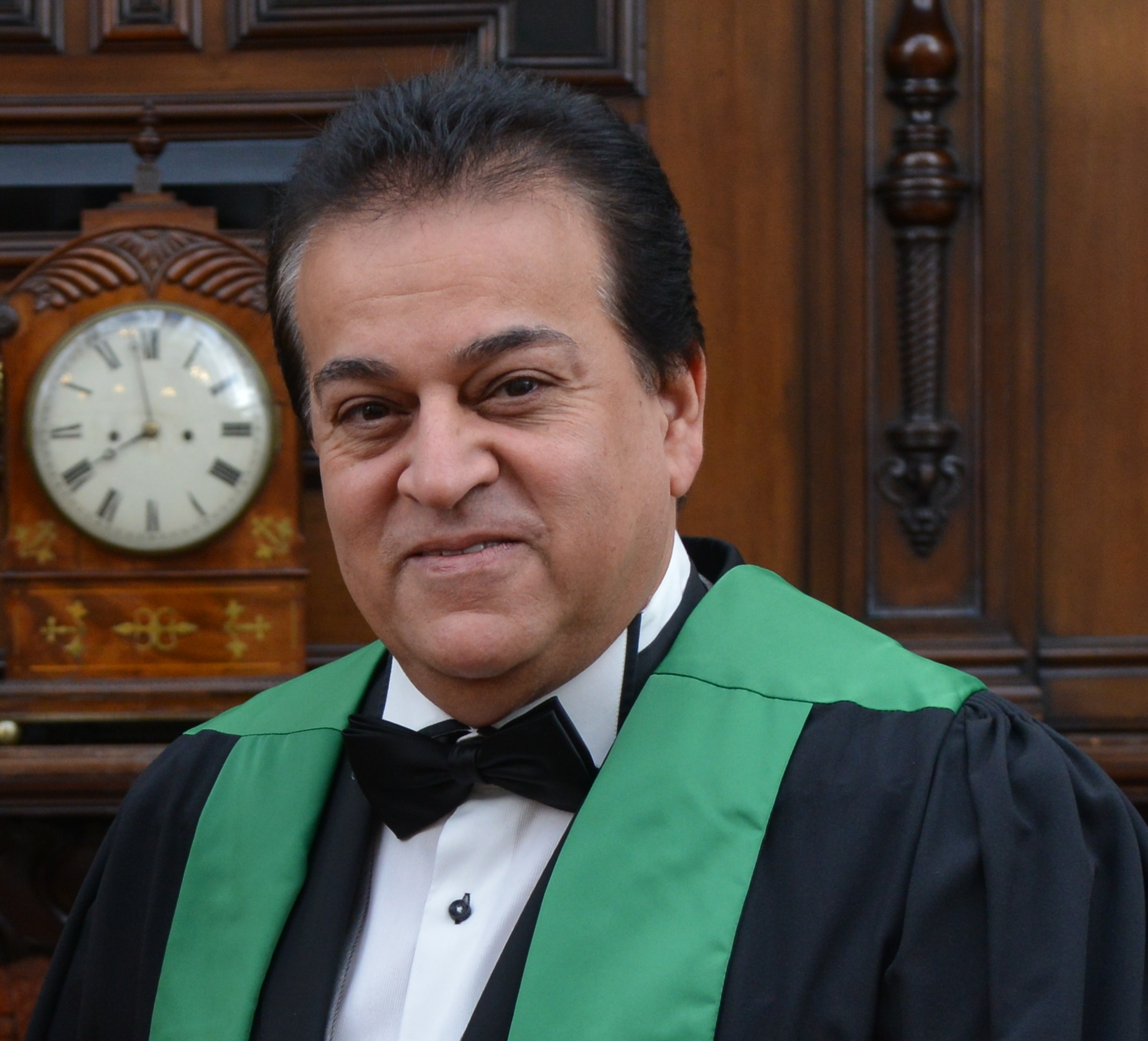 His Excellency Professor Khaled Abdel Ghaffar has been awarded an Honorary Fellowship in Medicine from the Royal College of Physicians and Surgeons of Glasgow at a ceremony in the city.

His Excellency Professor Khaled Abdel Ghaffar is recognised internationally for his leadership in Dental Education. Having held posts such as Dean of the Dental School of Ain Shams University followed by becoming Vice President at this University, he was appointed the Minister of Higher Education and Scientific Research of the Egyptian Government.

“His Excellency Professor Abdel Ghaffar is a distinguished professor of Dental oral surgery and an eminent academic.

“For many people he is a world class educator and a prolific author of internationally acclaimed scientific research.

“In his current position as Minister of higher Education and Scientific Research in the Egyptian government, he has been leading revolutionary changes to the educational system.

“This political role demonstrates an implicit trust in his strong leadership and in his visionary approach to modernising education.

“It is also recognition of his commitment to improving higher education and research strategy, designed to drive improvement of socioeconomic standards for an entire population.

“Professor Khaled Abdel Ghaffar graduated with Honours in 1984 from Cairo University with a Bachelor of Dental & Oral Medicine. In 1989, he obtained a Master of Dental Surgery,   subsequently studied for PhD in Texas University, USA. He was awarded Doctor of Philosophy in 1995.

“His world class reputation and impressive profile have been recognised by many prestigious National and International awards.

“Awarding Professor Abdel Ghaffar the prestigious fellowship of the Royal College of Physicians and Surgeons of Glasgow is recognition of his professional eminence as an academic and educational leader, outstanding clinician and key policy maker.”