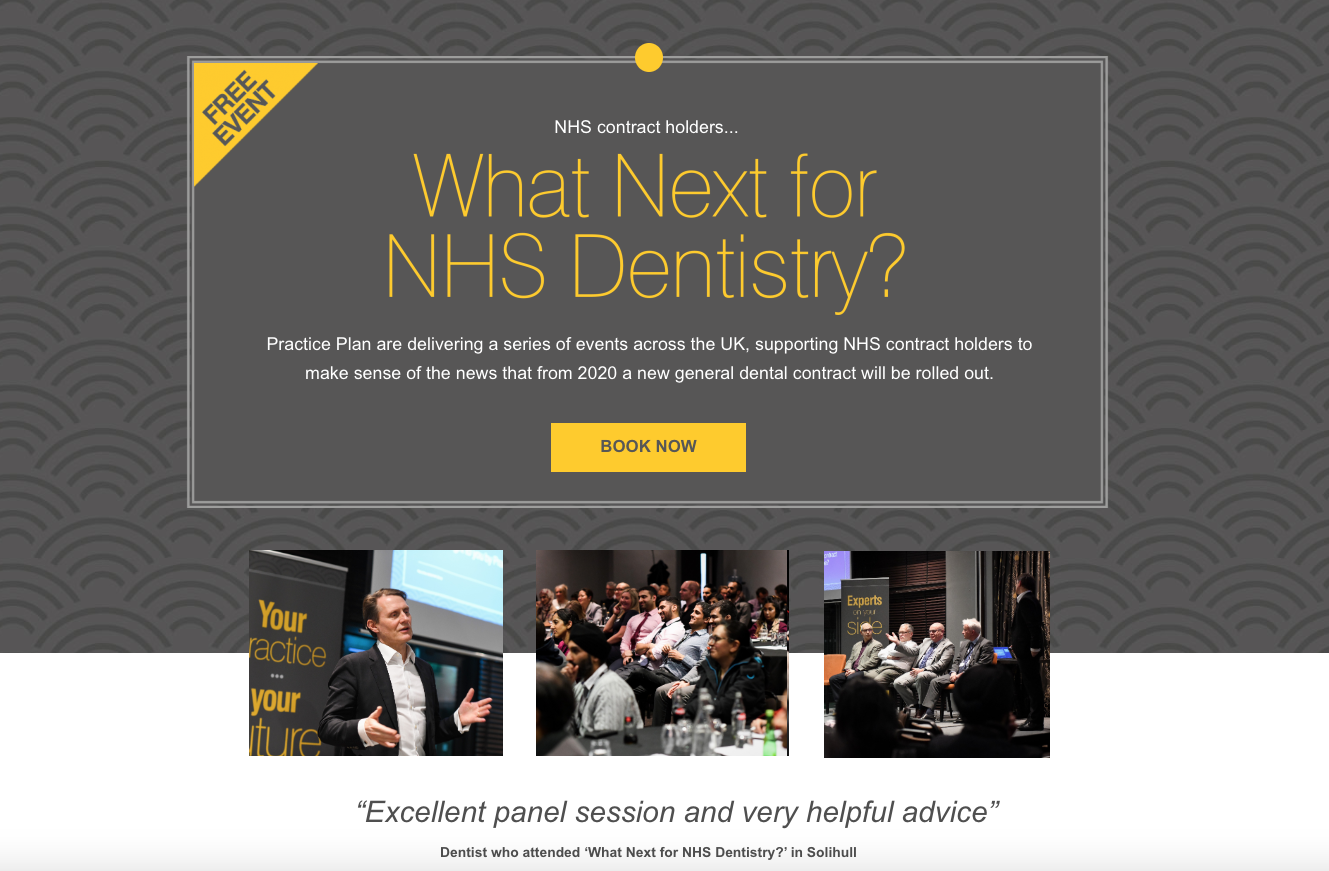 Dentists are invited to three events with a panel of experts, all including Eddie Crouch, to discuss the future for NHS dentists amid uncertainty around contract reform.

The What Next for NHS Dentistry? events have been organised by Practice Plan to help dentists understand, ahead of the contract rollout, what the future may hold and what their options are.

All three events will include Eddie Crouch, Vice-Chair of the BDA’s Principal Executive Committee, on the panel.

Eddie said, “The reformed NHS dental contract was due to be rolled out from April 2020, six months from now. However, whether that will happen or it will be delayed we don’t yet know – nothing has been confirmed. What we do know is that something needs to happen urgently to give stability back to those NHS practices who are on the brink.

“One of the best things NHS dentists can do to prepare themselves for the changes that are coming, is to try and find out as much information as they can, as early as possible. Contact your local BDA branch and LDC, and come along to events like these where you can hear first-hand from those involved and ask any questions you have.”

The locations and dates of the events, which start at 6.30pm, are:

Several of these events have been held earlier in the year and involved spirited debate between both the panellists and the audience, who have the opportunity to ask the panel questions.

At Leeds, the panel also includes Joe Hendron, owner of a former prototype practice; Chris Groombridge, managing director of a dental practice and member of the Association of Dental Groups; and John Renshaw, a former chairman of the BDA.

Two prototype practice owners, Len D’Cruz and Nick Barker, will be on the panel at Chelmsford.

Joe Hendron will also be on the panel at Nottingham, along with Ian Redfearn, a prototype practice owner.