Debra Worthington, Unit Manager at Salford Royal NHS Foundation Trust, oversaw the refurbishment of the entire Maxillofacial department. Here she details the enormity of the project.

We have six surgeries in total in the Maxillofacial department, all of which we had modernised to include new equipment, décor, flooring and more to offer our patients a first-class patient experience. The reason for doing so is that the building is from the 1980s, and the cabinetry, amongst other things, was extremely out-dated. It had reached a point where they were no longer compliant with current regulations and standards. When we decided to take action, I knew just who to call – RPA Dental.

Having used RPA Dental both in my last post and in my current position as Unit Manager, which I’ve been in for eight years now, I knew I could rely on the team to complete the job to a high standard. We already had Castellini chairs that we’d purchased over the years, so the team was already well acquainted with the layout of the department and the protocols that we have to follow as a hospital. This certainly made the whole process easier and far less stressful. Plus, I knew that if there were any problems I could rely on the team to fix them straight away, as they always have done. Not that long ago when one of our motors broke in the middle of a busy clinic, an engineer brought over a loan motor for us to use within just one hour of us calling.

The actual building work – so the plastering, decorating, flooring and so on – was carried out by the hospital’s Estates Department, who liaised with Pete Higson, Managing Director of RPA Dental, to make sure that everything went as smoothly as possible. Pete was also on site for the start and finish of each surgery and always kept me up to date with what was happening, which was reassuring as it meant I didn’t have to worry about a thing. Sara Peter, one of RPA Dental’s project coordinators was regularly in contact as well, so all bases were covered – we really couldn’t have asked for better service.

Because of the scale of the project the work was carried out in stages so it took roughly around 16 weeks in the end from start to finish. Spreading it out meant we were able to keep five of the six surgeries open at all times, minimising downtime and possible delays to patients.

Altogether, everything went really well with no problems at all. The hardest thing I had to do was help to pick the décor and equipment using samples that Pete had sent over of the cabinets and worktops. This was very much a joint effort between the rest of the team and I, and we opted for an amazing, eye-catching blue with a white, speckled corian surface for the cabinets. They’re very aesthetically pleasing to look at, practical to use thanks to their ergonomic design, and HTM 01-05 compliant with scratch-resistant, easy to clean surfaces. We also updated one of our chairs to the Castellini Puma ELI Ambidextrous, which allows our dentists to change the instrument set-up from right to left quickly and easily.

I am very pleased with the end result, as is the rest of the department. The surgeries look so much cleaner and clinical, allowing us to deliver an even higher standard of care to our patients. The added bonus is that all the clinical team love the transformation too. Because they feel like they’re working in a better environment there’s been a huge increase in workplace satisfaction, which is fantastic. Had there been no limitations I would have liked to have even more cabinetry installed, but as with every hospital we were limited by the resources that we were given. The important thing is that Pete provided us with an amazing refurbishment with that budget that we had alongside a second to none service. 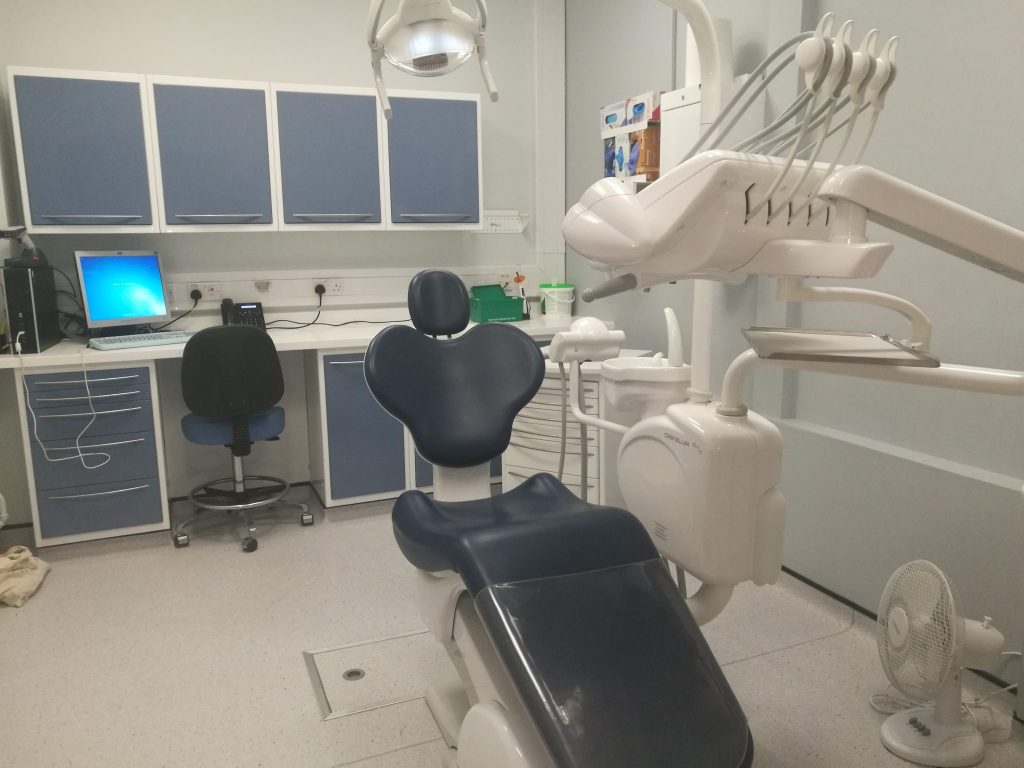 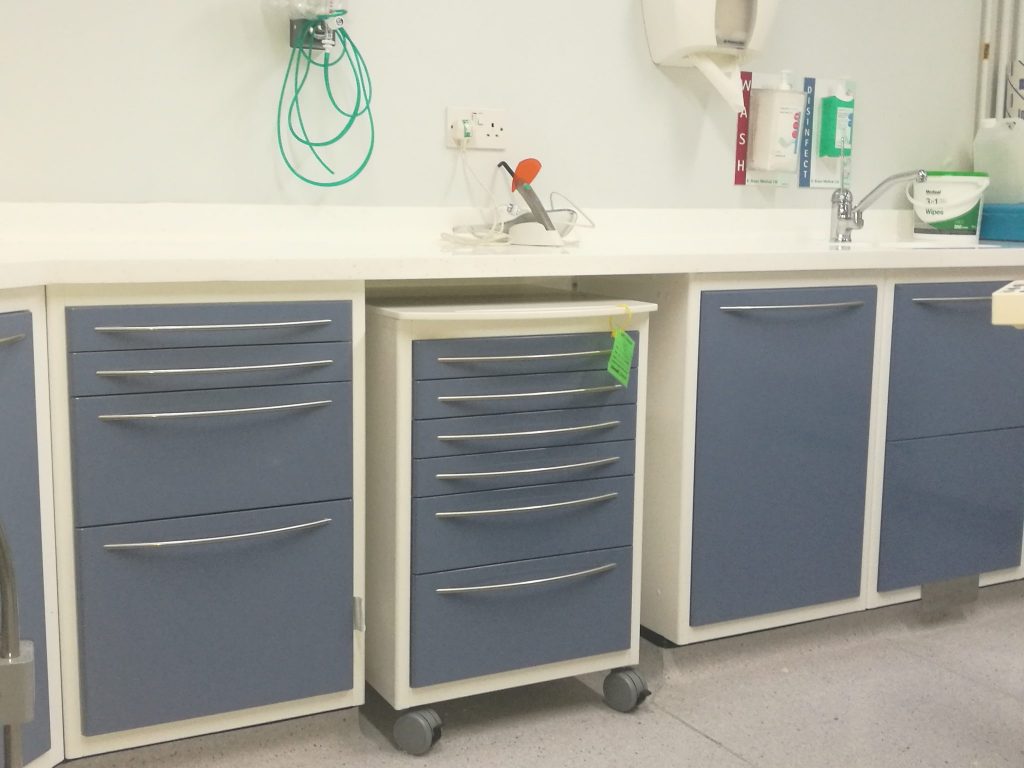