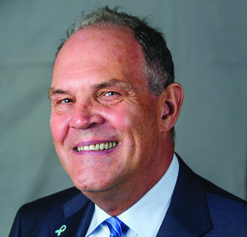 I read a piece of research recently that investigated the oral health impact of the sugar content in leading breakfast cereals in the UK. Remarkably, the results showed that almost two thirds of the Britain’s bestselling breakfast cereals contain more than half the recommended daily sugar intake for four to six-year-olds.

The excessive amount of added sugar in our foods and drinks is a severe and on-going problem for oral health, but this is not the only issue at play here. The way in which these consumables are being sold is significantly worrying, too. Analysis from the study exposed how 13 top-selling cereals are displaying images of bowl servings three times the manufacturers’ recommended portion size.

Visiting my local supermarket, this practice seems alarming widespread and means the nutritional values presented on the back of many cereal boxes do not reflect the portion sizes represented by the imagery. I fear such misleading packaging could dangerously influence the dietary habits of young children and ultimately lead them to a lifetime of poor oral health. It is extremely easy for parents to ‘over-serve’ their child and it also becomes especially difficult for children to understand what safe and moderate portion sizes are.

In addition, the use of colourful packaging, cartoon characters and careful shelf positioning, all give manufactures the ability to target and appeal to children. These factors only serve to multiply the dreaded ‘pester power’ for parents’ buying choices.

The frequent consumption of sugary cereals is now a major cause for concern, as is the sheer amount of sugar children are consuming for breakfast. Both these factors are responsible for accelerating tooth decay in children, as well as other general health problems. So, what can be done?

Sugar is highly addictive and children who regularly have high-in-sugar breakfast cereals are likely to continue to have them in adulthood. This pattern is extremely similar to the consumption of sugary drinks. We have already seen the government introduce a sugar levy on soft drinks, which will undoubtedly have a positive effect on children’s oral health going forward. Logically, the next step could indeed be a levy on high sugar breakfast cereals; although it appears manufacturers are being given the chance to take responsibility for themselves first.

It will extremely interesting to see how this develops. We hope Kellogg’s continue their commitment to reducing sugar in their products and that other manufacturers follow suit. However, if resistance is shown, much like we saw with soft drinks, a forced levy maybe the only alternative.

The steps taken by Kellogg’s to reduce the amount of sugar in breakfast cereals is obviously very welcome and a good start in addressing the child health problems caused by sugar. However, for it to have real and tangible effect, more needs to be done to stop misleading consumers.

We would certainly like to see portion sizes represented accurately by the images on the front of packaging, or the nutritional information corresponding to the advertised pictures. Above all this, we must see an improvement in education so that consumers can make their own informed decisions. As dental professionals, we advocate the importance of diet and a healthy lifestyle, but we need support.

It is time for manufacturers of sugary cereals to take a wider responsibility towards children’s health. These companies must invest more money into educational programmes for schools and families, working alongside dental professionals to develop a sustained and cohesive approach towards an improvement in childhood oral health.

At last, Tony the Tiger and the Tooth Fairy on the same team… Who would have thought!