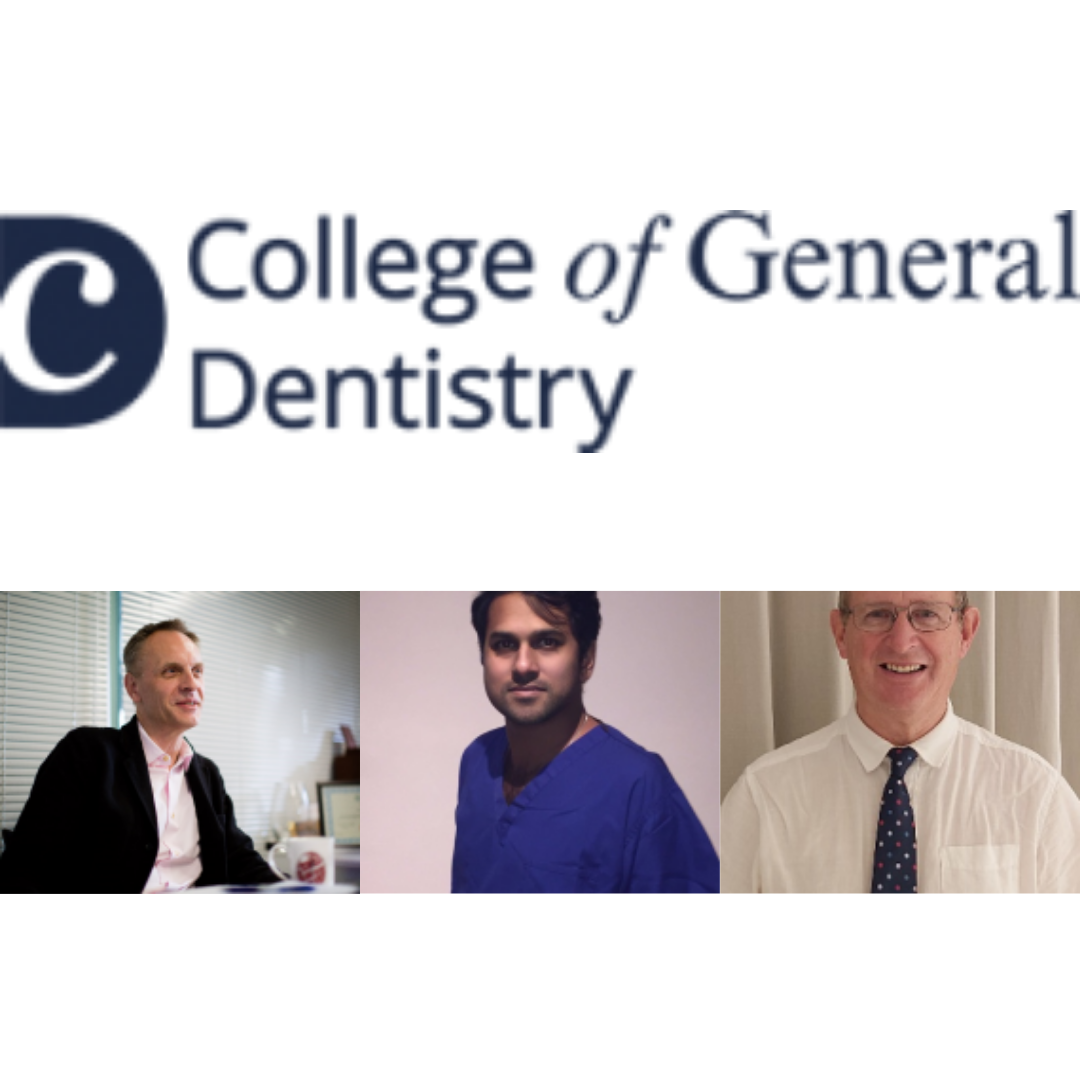 College Ambassadors are drawn from different backgrounds and walks of life. They support the engagement of the College in general healthcare and society and promote its influence in the interests of patients and the public, building trust and confidence in the dental profession.

More Ambassadors will be appointed in the coming months as the College works towards its historic, formal launch, now planned for mid-2021.

Chair of the College Board of Trustees, Professor Nairn Wilson, said: “I am delighted that Professors Horton and Cowpe and Dr Murugachandran have joined the College’s exceptional team of Ambassadors. Collectively, they have a huge range of highly relevant expertise and knowledge, with opportunity to greatly increase awareness of the College and its importance. The College looks forward to having the support and encouragement of its new Ambassadors in working towards realising the goals of excellence in oral healthcare provision and new leadership and support for all dental healthcare professionals.”

In commenting on his appointment Richard Horton said: “It is a privilege to join the College as one of its Ambassadors. For too long, medicine has neglected oral health. I want to make it my mission to ensure that oral health receives the priority it deserves within the NHS, medical research, and medical education. The College has a vital part to play in advancing oral health nationally and globally. I look forward to working with the College to deliver these goals.”

Govin Murugachandran commented: “It is a privilege to join the College as Ambassador at a time when the need for a clear and independent voice has shown its importance. I am looking forward to working with the college to bring guidance and innovation to the profession”

Jonathan Cowpe added: “I’m honoured to be an Ambassador for the College of General Dentistry. Dentistry is at the forefront of significant challenges in the delivery of high standards of healthcare to communities, not least during the present pandemic. I look forward to supporting the College spearheading excellence in healthcare delivery and promoting education and training for professionals from across the dental team.”

Richard Horton is Editor-in-Chief of The Lancet. He qualified in physiology and medicine with honours from the University of Birmingham in 1986. He joined The Lancet in 1990, moving to New York as North American Editor in 1993. In 2016, he chaired the Expert Group for the High Level Commission on Health Employment and Economic Growth, convened by Presidents Hollande of France and Zuma of South Africa. In 2011, he was elected a Foreign Associate of the US Institute of Medicine and, in 2015, he received the Friendship Award from the Government of China. In 2019 he was awarded the WHO Director-General’s Health Leaders Award for outstanding leadership in global health and the Roux Prize in recognition of innovation in the application of global health evidence. He works to develop the idea of planetary health – the health of human civilizations and the ecosystems on which they depend.

Govin Murugachandran is a dually qualified clinician with a medical degree from University College London and a dental degree from Kings College London. He completed his core surgical training in the London Deanery as part of pursuing a career in Oral and Maxillofacial Surgery.

In 2017, Govin founded Flynotes, a digital health company that uses AI to optimise patient and clinical communications. Flynotes partners with leading organisation and institutions to deliver software solutions to health care professionals. Most recently, Flynotes worked with the FGDP(UK) and CGDent to deliver the Fallow Time Calculator for use by dental teams across the UK.

Graduating from the Turner Dental School, Manchester in 1975, Jonathan embarked on a career in Oral Surgery in the NHS and through clinical academia, with senior posts in Dundee, Cardiff, and Bristol. His early research was on the application of quantitative cytopathology in early oral cancer detection. He has been involved in undergraduate and postgraduate education and training developments for 40 years. Elected to the Royal College of Surgeons of Edinburgh Dental Council in 1995, he became Dean of the Faculty of Dental Surgery (2005-08). He was appointed Head of the School of Oral & Dental Sciences, Bristol (2001-04). Returning to Wales in 2009, he was appointed Director of Postgraduate Dental Education in Wales. During that time, he was elected Chair of the Joint Committee for Postgraduate Training in Dentistry (2009-13). These roles facilitate his continuing aspirations to smooth the transition from graduate dental professional into clinical practice, a springboard into a career-long period of CPD and promote an ethos of inter-collegiality and engagement across the profession. Jonathan led on the ‘DentCPD’ project (2010-12) and the recent ADEE reports ‘Review of CPD’ (2019), ‘Preparedness for Practice’ (2020) and ‘Professionalism’ (2020) published by the GDC. He continues to supervise students/trainees in minor oral surgery.