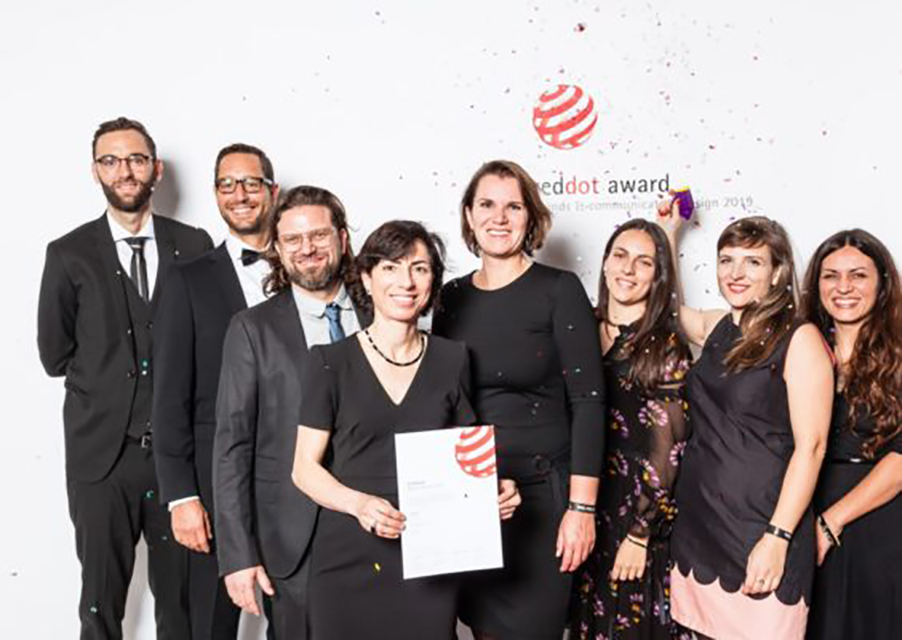 The Rebrush CEREC Software project from Dentsply Sirona and Ergosign was awarded in Berlin a coveted Red Dot: Brands & Communication Design Award in the ‘Interface and User Experience Design’ category. From the 8,697 applicants, the jury chose the high design quality and intuitive user interface of this project.

Teams from Dentsply Sirona and Ergosign accepted the award at the awards ceremony. “This is recognition of the outstanding work and remarkable creativity that our teams have put into the development of CEREC”, stressed Dr. Alexander Völcker, Group Vice President Digital & Orthodontics at Dentsply Sirona. “We are proud of having created a new software design with our colleagues at Ergosign that makes CEREC even easier, faster, and more intuitive to use than before. I warmly congratulate all involved in this success.”

The jury was impressed by the intuitive and visually appealing user interface and intelligent automation of the CEREC software, which allows dentists to design high-quality, esthetic crowns easily with just 5 clicks, produce them in one of the CEREC milling units, and insert them in the same session. After making the digital impression with the Primescan intraoral scanner, the preparation margin is then automatically marked, but can be modified manually at any time.

The Red Dot Award is one of the largest design competitions in the world. The Brands & Communication Design award was initiated in 1993 as the “German prize for communication design”. Since then, the award has been given every year to the world’s best brand designs.