Affairs of the heart and avoiding confusion 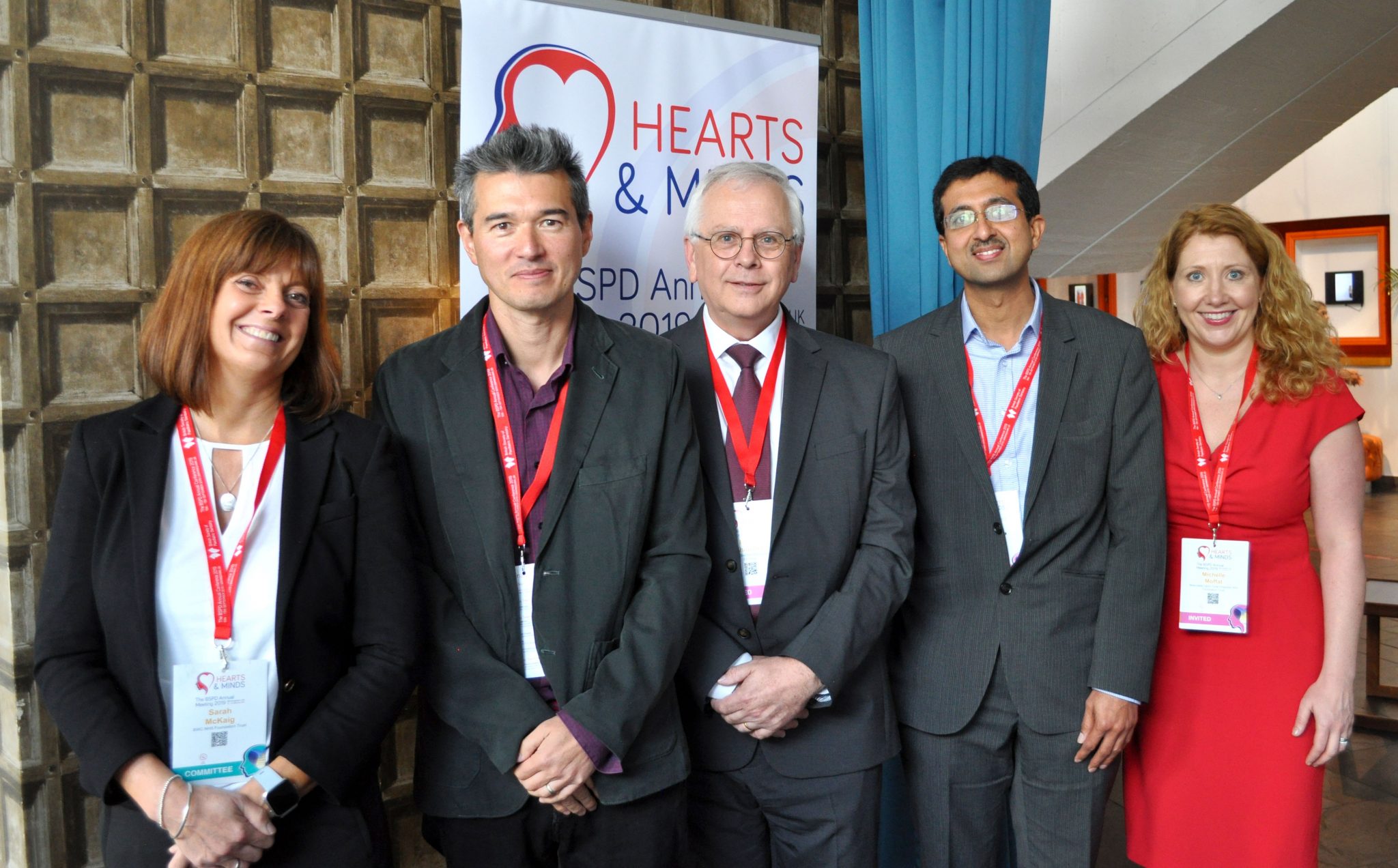 The known association between coronary heart disease (CHD) and risk of dental disease makes the care of children with congenital heart conditions a highly relevant topic for the British Society of Paediatric Dentistry’s (BSPD) annual conference.

Hosting the 2019 conference in Birmingham, the Midlands branch chose the theme “Hearts and Minds”, organising speakers who are authorities on the management of children with heart conditions as well as lining-up speakers on mind and well-being related issues.

Among the keynote speakers was Professor Martin Thornhill, Professor of Translational Research in Dentistry. His topic was: ‘Antibiotic Prophylaxis to Prevent Infective Endocarditis – another NICE mess.’

This reflected his concern that the current NICE (National Institute for Clinical Excellence) guidelines for antibiotic prophylaxis (AP) are confusing. Two papers for which he was lead researcher in the last few years took top spots for ‘most read articles in the BDJ’.

Professor Thornhill gave a detailed rundown of the nature and treatment of Infective Endocarditis (IE) and an update and recommendations around current guidance. He described how in 2008 NICE changed its guidelines to require the complete cessation of AP for dental or any other invasive procedures.

In 2015, NICE reviewed and reaffirmed their guidelines although in 2016 they changed the wording to include the word ‘routinely’ leading to the statement: Antibiotic prophylaxis against endocarditis is not recommended routinely for people undergoing dental procedure.”

His recommendation was that dentists should follow the advice produced by the Scottish Dental Clinical Effectiveness Programme (SDCEP).  AP was not the whole solution and would not abolish bacteraemia completely but could reduce it.  He highlighted the recommendations that  patients at risk of IE should be informed of the symptoms so that if they are unwell after an invasive dental procedure, they can get help immediately.

With several members of the local organising committee based at Birmingham Women and Children’s NHS Foundation Trust, which has a world-renowned cardiology unit, it was no surprise that two colleagues from the hospital were among the invited speakers. One was Dr Tarak Desai, a Consultant Paediatric and Fetal Cardiologist, who gave the opening presentation:‘Common cardiac diseases in children – setting the scene.’

Dr Desai described his passion for the antenatal diagnosis of coronary heart disease (CHD), saying there had been a huge improvement in prenatal diagnosis applying to about 50% of babies born with a congenital heart condition. He referenced the important National Institute for Cardiovascular Outcomes Research (NICOR) which collects data on treatments for CHD. It’s a mandatory database collection which is unique to this country.

Birmingham is a world leader in the treatment of patients with hypoplastic left heart syndrome, which occurs in two or three of every 10,000 births. About 85% of these are diagnosed antenatally. Improved care and cardiac techniques has led to better outcomes for these patients. The next challenge, he said, was ensuring that those children who survive complex procedures can enjoy optimum quality of life.

Other speakers in the heart themed session were Dr James Montgomerie whose topic was General Anaesthesia for Children with Heart Conditions and Michelle Moffat, Consultant in Paediatric Dentistry in Newcastle, whose talk was titled Heart of the Matter.

The second day of the conference was dedicated to matters of the mind and among the speakers was Professor Tim Newton, Professor of Psychology as applied to dentistry, who started by asking rhetorically whether the correct approach to dental phobia should be to provide care or a cure?  He proposed a pathway which would deliver both care and cure.

He discussed CBT and systematic desensitisation. Distraction techniques are discouraged, he said. “Life is challenging and difficult and you do not create resilience by not engaging with difficulties.”

Graded exposure is the way forward he advised and was partly about helping parents to get their child used to what they don’t like. It was not a quick treatment and would take him on average six one hour sessions with a patient to help them move from dental phobia to mild anxiety.

People tended to want a magic bullet to solve a problem but solutions need to be tailored and individual. “Our duty is to have a range of different solutions to help people engage with their care, based on evidence and the preference of patients and carers.”

Taking time to achieve change was also a recommendation Dr Brian McKaig, Deputy Medical Director at the Royal Wolverhampton NHS Trust and a speaker on the last day. In a talk which clearly struck a chord with his audience, he described his conversion from someone whose philosophy was to ‘Keep Calm and Carry On’ at all costs to a committed advocate for well-being in the NHS.

His conversion came about when he was appointed Wellbeing Lead in his hospital and he came to realise the huge problems caused by stress in the workforce. He said he felt very passionate that NHS managers should be providing well-being check-in and he recommended the NHS employers Health and Wellbeing framework.

The NHS is the fifth biggest employer in Europe, he said, and an estimated 4.2 million days a year are lost annually through employees taking time off to deal with anxiety, depression or other psychiatric illness.

Mental health is not something we can ignore or push under the carpet, he continued, there is an absolute need to support others and yourself.  “Compassion and non-judgemental listening is the most valuable support you can give each other.”

The conference ended on an upbeat note with a presentation by Helen Rogers, winner of BSPD’s Outstanding Innovation Award who described the work of the CONNECT trainees group she established with fellow trainees in 2017. This was followed by the launch of the 2020 conference in Liverpool (15th-18th September) by its Chair, Clare Ledingham and Professor Sondos Albadri, the Vice-President of BSPD, whose organising committee has already assembled an enticing three day programme entitled 2020 Vision.