He was determined to spread a little of his Norfolk cheer in the communities and schools of Lebanon.

In recent days, he has worked alongside medics and specialists from a variety of organisations and academic institutions, and has performed extractions and treatments for more than 300 patients – many of which are children. 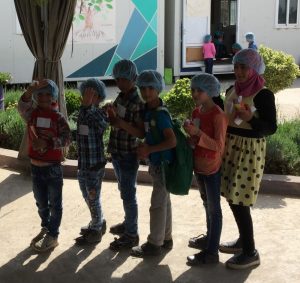 The work is part of a global outreach programme, which sees Dr Sharma working collaboratively with a group dubbed the Dental Mavericks. A follow-up for all those treated is scheduled to take place in around six months’ time.

Dr Sharma, who sees NHS and private patients at his West Earlham Dental Health Practice back home, said the experience so far has been extremely humbling.

“I had a sense of what this work might be like and how emotional it might be – but nothing could have prepared me for the impact of spending time in these wonderful communities.

“As a father and as a dental practitioner, I am always particularly concerned about educating parents and children for the sake of their future health, so to be able to help so many families who need my skills so urgently, has been nothing short of life-changing.” 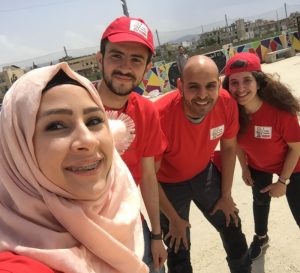 Dr Sharma, who left the UK with a large collection of gifts and toys donated by patients and Norfolk residents, has several days of his trip still remaining, and will see more schools and orphanages before returning at the weekend.

He added: “I am so incredibly glad to have had this opportunity, and to feel I have been able to make such a big difference to the lives of so many people here. Everyone is so grateful and so happy all the time. There are huge lessons in that for us all back in the UK.”

Thanking those who supported him in his mission, he said: “I would also like to extend my gratitude to the many patients and friends of my practice who contributed items which I have now been able to share out among the refugees.

“They have really helped create a big impact in this part of the world.”

Peter Dyer, oral and maxillofacial surgeon, has been re-elected as the Chair of the British Dental Association’s Central Committee for Hospital Dental Services (CCHDS) for the 2018/2020 triennium, having first being elected in 2015.

Peter was appointed consultant in oral and maxillofacial surgery to the University Hospitals of Morecambe Bay NHS Foundation Trust in 1998 with a special interest in trauma and orthognathics. He has worked as the medical director for the Trust and is the responsible officer for overseeing the appraisal and revalidation of medical staff.

He was closely involved in the development of the new dental school at the University of Central Lancashire and also with the new medical school at Lancaster University. He co-edited the Handbook of Immediate Care and has contributed chapters about dento-facial trauma in a number of textbooks. As hospital dentists are employed on the same terms of service as doctors, Peter led the BDA’s response to the junior doctors’ contract dispute and was determined to secure a contract that is both safe for patients and practitioners alike.

In recognition of his major contribution to dentistry, the BDA and in reducing artificial barriers between primary and secondary care, Peter was appointed as the union’s president whose term expires next month.

Thanking CCHDS members for electing him to the office of chair, Peter said: “The profession is currently facing significant challenges, not least the new trainee contract needs to be implemented fairly, and ditto any changes to the consultant contract.

“It’s frustrating too that the long-recognised need to create a no-blame culture in hospitals, akin to the airline industry, has been undermined by the questionable handling by all those involved in the Bawa Garba case.

“How long more do we have to wait for a culture that promotes learning from mistakes rather than penalising individuals for systemic failures that place patients at risk? Let us hope that this sad case will be a tipping point and we will start to see a paradigm shift in attitudes and behaviours of regulators.

“It’s also unclear how hospital dental departments will be affected when the latest model for commissioning services – Integrated Care Systems [formerly called the Sustainability and Transformation Plans] – comes into play.

“Health Education England’s proposals to radically change the way dentists are trained have not only set alarm bells ringing in the dental community, they also fail to consider the knock-on effects to hospital dental services and the patients we serve.

“Our committee will also be working hard to address the anomalous routes for entry to the GDC’s specialist register for clinicians who have not undertaken formal training. The regulator’s current process is not as transparent as the GMC’s for the medical and surgical specialties.”

The Vice-Chair, Pete Brotherton, was also re-elected, having been elected himself in 2015.