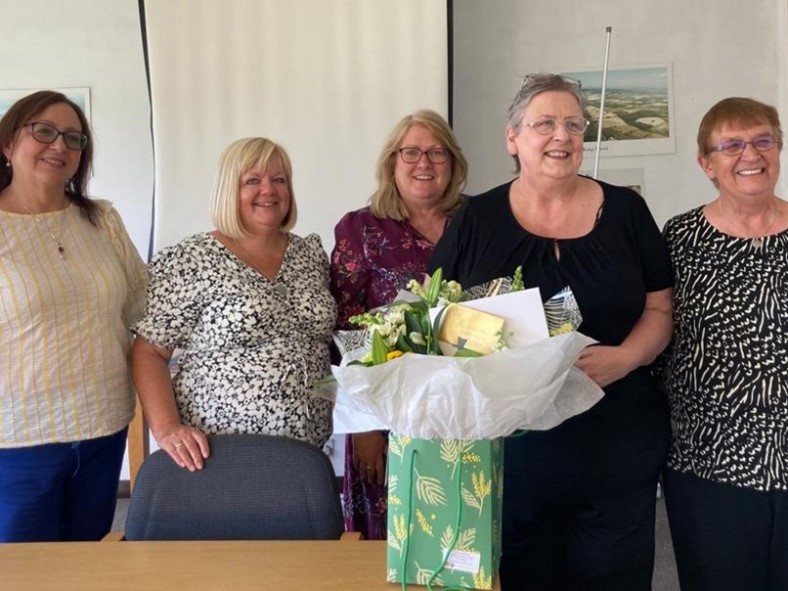 “It was a delight to present Pam with an Honorary Membership by way of our sincere thanks for her 30 years of dedicated service to BADN at our 80+2 years anniversary celebrations in May 2022,” said Jacqui. “Having had two roles within BADN during the past 6 years (Education Representative and now as President), I have witnessed first hand Pam’s strong work ethic and exemplary organisational and networking skills. It makes my role as President all the easier knowing that I have that support behind me. Pam has been BADN’s ‘one constant’ over the last 30 years and I personally would like to thank her for ensuring that our Dental Nursing Professional Association remains accessible to all Dental Nurses (trainees and qualified) despite the many challenges along the way. Very many congratulations Pam.”

Several BADN Past Presidents attended the Anniversary Tea and celebrated Pam’s 30 year anniversary.  “Pam has been the constant driving force behind our Association, for the 30 years that she has been our Chief Executive,” said Immediate Past President Hazel Coey.  “Following the years that I have been involved, as a member of the Council, Regional Co-Ordinator, Treasurer, President-Elect and President, Pam has amazed and delighted me with her experience, knowledge and professionalism.

“Without her guiding influence, the British Association of Dental Nurses would not be the one true professional organisation that it is today. It certainly would not be celebrating its 82nd year!”

“For the last thirty of BADN’s 80 years, Pam has been guiding and nurturing Council and members, using her extensive knowledge and expertis,“ said Past President Paula Sleight.  “Her international background working for organisations such as NATO, Hilton International and the Bank of Bermuda, brought a fresh perspective to  BADN.

“She has been integral to BADN’s development over the last thirty years, where there have been many changes – including the  reclaiming of the title “dental nurse” (we were previously known as Dental Surgery Assistants or DSAs).  Pam was there for all the Presidents and Chairmen of the Association as we campaigned for statutory registration and recognition of dental nurses as valued members of the dental team.

“Pam has always brought innovative management methods to the Association, and has tirelessly helped members develop to their full potential.”

Past President Angie Heilmann (formerly McBain) MBE agrees.  “It was pleasure to be present with colleagues at the BADN’s recent Anniversary Tea, not only to celebrate the longevity of the Association, but also the 30 years of Pam working for the Association. Pam has an unfaltering commitment to BADN and the work it undertakes. Within  various BADN roles spanning over 11 years, I witnessed the how Pam works with focus and dedication. Congratulations, and thank you Pam! “

“Dedicated to Dental Nursing for the past 30 years, Pam Swain has been the stalwart and unsung mainstay of BADN,” said former Chairman Dr Debbie Reed.

“Since 1992 Pam has provided reason, experienced insight, and continuity to the organisation.  She has offered support and guidance for enumerable past Presidents and to the countless members of the BADN Executive team, as well as the BADN members who represent a huge number of the dental nurses registered in the UK.

“During her 30 years, Pam has worked tirelessly to promote dental nursing and encourage dental nurses in their professional pursuit.

“For BADN and it’s members, Pam has been the strongest advocated for Dental Nursing. Her indefatigable presence is formidable and thus ensured that dental nursing is recognised, acknowledged, and holds representative seats at the table of critical and decision making national dental sector forums.

“Taken together Pam’s influence and determination approach has ensured that BADN is recognised as ‘the’ representative professional body for Dental Nursing in the UK,  and her voice has been vital to promoting dental nurses and their key role in oral health care within the UK. For that she is appreciated and applauded. Thank you.”

Past President and Chairman Pat Heap, who interviewed Pam for the job in 1992, said “It does not seem 30 years since I interviewed Pam for the role of Secretary – at interview she was by far the best candidate and over the past 30 years has proved to be an asset to the Association ensuring the advancement of dental nurses, giving help and advice to those needing it. Well done, Pam, and congratulations on 30 years continuous service to the advancement of dental nursing.”

“In August this year, Pam  completes 30 years of service with BADN” said current Chairman Joan Hatchard “making her the longest serving Chief Executive of any dental professional association.  In 1992, BADN had fewer than five hundred members; the Association was largely ineffective, had little or no influence and lacked direction and drive – members were not provided with professional support.  Pam’s appointment was a turning point for the Association; she dragged it into the 20th century and put it onto a business-like footing.  Due to Pam’s hard work over nearly 30 years as CEO, membership is booming and she has worked tirelessly to transform and steer BADN to the highly regarded position within the profession which it now holds.

“BADN now provides a large level of support for its members including access to professional indemnity insurance, a legal helpline, a quarterly Journal with CPD, a health and wellness hub and BADN Rewards – all  of which  have been instigated by Pam.  The profile of the Association has been raised by her articles and regular columns for several dental publications and also by her speaking at dental nursing and other events.

“During the pandemic crisis, Pam helped in the process of enabling dental nurses to be recognised as “key workers” and supported dental nurses through a difficult time. She works to continually highlight the essential role played by dental nurses within the dental team; and was recently voted one of the Top 50 Most Influential People in Dentistry.

“Over the last 30 years Pam has been a tremendous force for good for patients, dental nurses and the dental profession.” 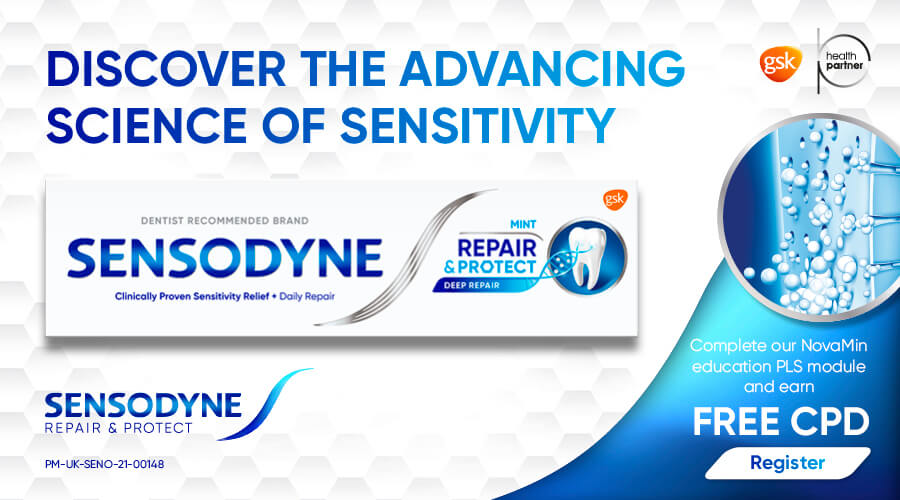