You are not alone – Mental health in dentistry 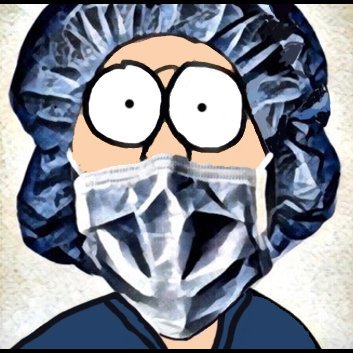 I would never have coped as you have, working through the pandemic and dental access crisis. I’m incredibly lucky I missed out on the excitement of mask-fits and dealing with impatient, exasperated patients. The increased stresses on you must be enormous. The new targets announced just before Christmas would have sent me over the edge.

I never intended on retiring early from dentistry, but by the winter of early 2018, I was pretty much spent, both physically and mentally.

I took my decision to seek an early release from my 31-year sentence while lying flat on my back on a blanket of ice coating a public car park near my corporate practice and figuring out how I was going to achieve early retirement AND, of more immediate importance, get myself back on my feet, having sustained a dislocated shoulder as a result of the fall.

I lay stranded like an upturned, sobbing tortoise, waiting forlornly and in vain for another Homo sapien to pass by at 6.30 in the morning.

My shoulder had been a problem for many years, but by 2018 it had become almost impossible to extract a tooth without feeling like my arm was slipping out of joint.

I must quickly point out that I was a late starter in dentistry – I didn’t go to university until I was 29 and didn’t qualify until I was 35 – I just want to put paid to any notion, after you read the timeline, that I’m a wimp.

I can’t say that for the first twenty years of my career, I worried excessively about running into trouble with the GDC or dental litigation pit-vipers – I was worried about everything else, but I don’t recall being overly concerned about the legal bogeymen.

The main fear that dogged me throughout my career was inadvertently doing iatrogenic, irreparable damage to a patient. As far as I know, I managed to avoid that.

Having said that, I was a wriggling bag of neurosis from my first day at dental school, right to the end of my practising life. I starkly remember getting a dressing down from a senior lecturer (one of the few I actually liked and respected) after I managed to drop a polishing disc down the back of a patient’s throat. My crime was not that I hadn’t secured the disc properly, but that I appeared to be shaken by the incident in front of the patient.

I admit, I was never the most confident of practitioners, though I tried desperately hard to put on a front. When I moved to the corporate side, I found myself frequently being asked by younger colleagues to help remove teeth and stubborn roots – probably the only aspect of my practice I was reasonably comfortable with. Fortunately, not long after I qualified in the late eighties, I brow-beat the local oral surgery consultant to give me free lessons on surgical extractions in theatre. That year-long experience of one-day-a-week did me a world of good.

But it didn’t allay my deep, long-held belief that I wasn’t good enough to be a dentist. I failed the 11-plus in the year England won the World Cup, and I only gained the ‘O’ and ‘A’ Levels necessary to go to dental school after attending evening classes at the local technical college while I was working full-time in another occupation.

My lack of confidence and the overwhelming anxiety that I would foul-up at any second made me impossible to live with at home – my late wife taking the brunt of my most unpleasant mood swings.

Eventually, my wife persuaded me to seek professional help, and I did. I was lucky to find a private psychologist who used to work in Broadmoor, and I HOPE that I was child’s play to him. Having said that, I saw him for several courses of therapy when I hit various crises of confidence over the years, and I was bereft when he died a few years before I retired.

Like everyone in UK dentistry over the past 10-15 years or so, I became increasingly alarmed at some of the stories I read about dentists being sued by dental litigation firms and, as a result, started being less courageous in some of the cases I treated in practice.

It didn’t help that a local practitioner I knew had her good name dragged through the national newspapers after coming to the attention of a notorious dental litigation firm that gives the North a really bad, seedy name. She didn’t deserve the treatment she got in the nationals – and since the case was dealt with out of court, I am 99.9% sure that the obnoxious ‘dental specialists’ tipped the papers off, as is their greedy free-advertising habit. The case destroyed her and she retired early.

It was only when I joined Twitter that I realised that the dentistry induced anxiety that had plagued me for so many years, was ubiquitous in the profession. Many dentists and dental professionals revealed that they too had experienced similar mental issues to me – I felt much better. I wasn’t alone.

The help I received from my psychotherapist, was invaluable, though I was far from ‘cured’ after my first sessions in the early 90s, but I thoroughly advise seeking help early on if you recognise that you are struggling.

Not looking after your mental health is incredibly important, otherwise it might snowball out-of-control. I know of two dentists within a 15-mile radius of where I live, who both took their own lives after suffering severe depression and anxiety as a direct result of practice pressures and, in one case, the threat of litigation.

One great place to start is by joining the Facebook group ‘Mental Dental – A Group For Dentists In Crisis’ (https://www.facebook.com/groups/1521725241212609).  Here, I guarantee you will find many dental professionals who share your anxieties.

If you are not keen on airing your problems in a public forum, I would implore you to seek help from your GP or find a good psychotherapist privately. In my case, my anxieties weren’t eradicated completely, but therapy helped me to learn coping strategies and, in the environment you are working in now, coping strategies are almost as invaluable as a great dental nurse.

Ollie Jupes is the pseudonym of a former NHS dentist. He monitors dentistry on Twitter as @DentistGoneBadd