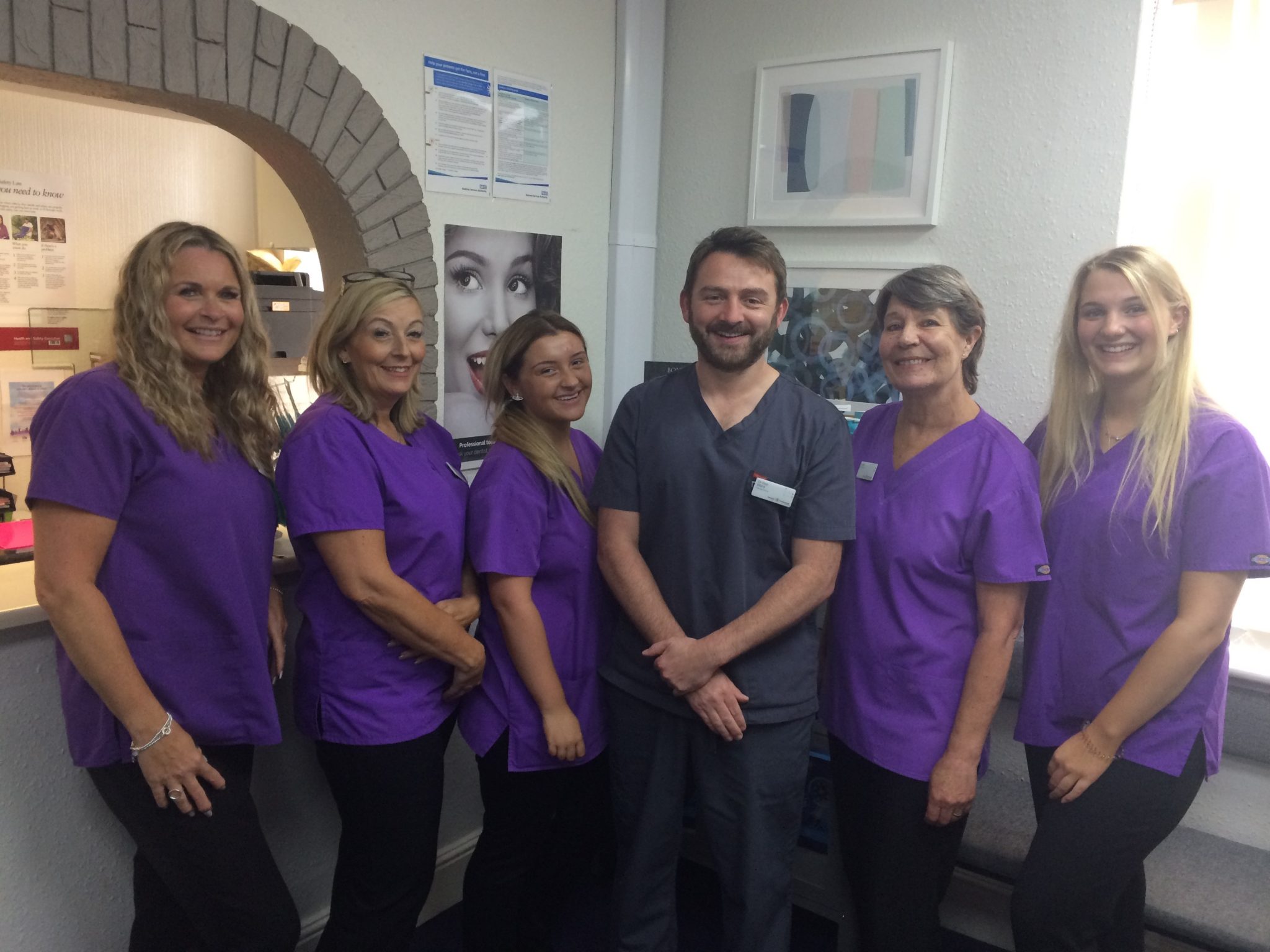 Guy Ward, principal dentist at Mobberley Road Dental Practice in Knutsford, Cheshire explains how support from Simplyhealth Professionals enabled him to introduce Denplan plans into the practice with ease.

Guy Ward is principal at Mobberley Road Dental Practice in Knutsford, Cheshire having worked at the practice for a year as an associate before purchasing it in 2013. Located above a shop on the high street, it had operated for around 30 years as a satellite practice for its previous owner and the premises were looking pretty tired by the time Guy collected the keys.

Consisting of just two surgeries plus a dark room, there was a lot of work to do to bring it into the 21st century and Guy got stuck in straight away by getting rid of the dark room and going digital, making space for a third surgery. In the longer term, he had ambitions to transform the practice and ideally to expand, but as an all-NHS practice he felt he would struggle to fund his plans and, more importantly, he was already finding it increasingly difficult to provide the time and quality of care he wanted to offer to each of his patients.

“I had an ever-growing list of patients and while it’s great that patients are keen to be on your list, the NHS contract was proving ever more restrictive to me and I knew I had to make significant changes to be able to sustain it. I simply didn’t have enough time for my patients and I didn’t like that I didn’t have the freedom or autonomy to make my own decisions on the materials and techniques I could offer.”

Mobberley Road Dental Practice is well located close to several Cheshire towns and villages, bringing a wide social demographic and a significant number of older patients. With an increasing number of housing developments springing up nearby, it was clear that the demand for dental care in the area would only grow further.

In Guy’s previous practice, the principal had converted from NHS to Denplan plans so Guy had already had some experience of how the plans worked and was impressed with what the company offered. He knew that the brand was very well recognised and trusted by patients, and was reassured by his former principal that his instinct to do the same for his own patients was sound.

“I still wanted to be able to treat children on the NHS from my patient list, along with a number of vulnerable adults that have been with me for some time,” says Guy. “For me, deciding on making the transition to Denplan plans for the rest of my patients was not arrived at for financial gain, but because I strongly believed it would be in their best interests as well as the best thing for the future of the practice. In some ways it was a leap of faith, but it was still very carefully considered.”

Guy approached Simplyhealth Professionals and embarked on the process of converting just his own patient list to Denplan Care and Denplan Essentials plans. His allocated Business Development Consultant, Angela Smith, was a calm, reassuring presence, providing the appropriate guidance at every stage, along with the tools to engage with Guy’s patients so that he could explain the proposed change when they needed more information.

“The support from Simplyhealth Professionals was fantastic, from the literature they provided to the swift, fuss-free sign-ups,” says Guy. “I love that there’s this team of experts behind me ready to provide everything from CQC inspection preparation to CPD training, marketing advice to budget planning. When it came to crunch time, I felt confident I was doing the right thing for my patients, and this must have come across as I spoke to them about it because the response was overwhelmingly positive.”

A mailout was sent to Guy’s patients in April 2018 and within six months the majority had signed up to Denplan plans, far exceeding his initial expectations. The associate dentists at the practice would continue to offer NHS-funded dentistry, so Guy had accepted that there may be some patients from his list who might choose to change dentist instead of converting to a Denplan plan.

“I’ve been absolutely delighted with the way it’s all turned out,” smiles Guy. “Introducing a payment plan into the practice has enabled me to plan ahead for the business and feel confident enough to look at expanding the practice in the future. Being able to spend a much more appropriate length of time with each patient has made all the difference to my day-to-day job satisfaction. Free of the constraints of the UDA system, I’m able to offer a better range of options for my patients and I really can’t fault Simplyhealth Professionals as a company.”

“We will continue to offer both NHS care and Denplan plans at the practice but we are also looking at increasing our range of treatment options. Simplyhealth Professionals’ flexible payment plans sound like a good way to give patients better access to the more costly treatments so we’ll be looking at introducing these in the near future.”

Guy and his team have been relentlessly busy since he took on Mobberley Road Dental Practice, so much so that they’ve barely had time to contemplate all the extra services that are available. However, Guy fully expects to be calling on Angela soon for help with business growth strategies, marketing and PR as well as taking advantage of the training opportunities on offer.

“I can honestly say that I have no regrets whatsoever about making the transition to Denplan plans,” says Guy. “We’ve managed to maintain a good family feel to the practice and a relaxed environment for patients. For me, the key factor in maintaining this is having time for each patient, being able to offer them the very best care I can.”