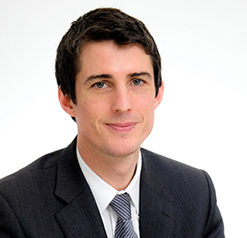 The DDU is often asked for advice on how to deal with negative online reviews. In one US case, a dental practice is suing a former patient who it claims made defamatory and libellous claims on Facebook.

While the lawsuit continues, the Judge refused to grant a preliminary injunction which would have forced the removal of the posts on free speech grounds. His ruling, reported in a local newspaper, stated: “…the grant of a preliminary injunction could adversely affect the public by putting a deterring effect on someone who intended to exercise their First Amendment rights by posting a negative review but hesitated because of a fear of potential lawsuits.”

While the US legal system is of course different to the UK, the case still has useful lessons for UK dental practices dealing with online allegations.

It’s never pleasant to read criticism, particularly if you believe it to be unfair or abusive. Although it may be easier said than done, try not to take it personally. Take time to consider what any response may achieve, whether it could be misinterpreted, and if it could inflame the situation or cause other potential consequences.

It is possible to report posts to the website concerned and request their removal. Most websites and forums prohibit the posting of abusive or offensive material, but they also reserve the right to determine whether a post breaches rules.

In some cases, depending on the content of a post and where it has appeared, there may be value in responding constructively. For example, some practices reply to feedback on sites such as NHS Choices and Google review. Even negative posts can be responded to by thanking the reviewer for their comments, apologising if they are not happy with treatment and inviting them to contact the practice to discuss any concerns. If managed well, this can be viewed positively and put you and your practice in a favourable light.

Because of the emotion involved, it may be tempting to respond to online criticism with a forceful rebuttal, but this should be avoided. As well as potentially escalating the situation, registrants need to be mindful of GDC standards which state: “Your professional responsibilities, such as patient confidentiality and professional courtesy, are still fundamental when you use social media.”

The DDU can advise members on how best to respond to critical online reviews.