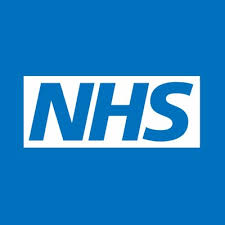 The British Dental Association (BDA) has won concessions in its bid to transform the failed NHS fines regime that has hit millions of innocent and often vulnerable patients with penalty charges.

When pressed by the Public Accounts Committee last night, senior health officials acknowledged they would be abandoning the ‘fines first’ policy when entitlements to free care are in doubt.

Rather than first sending a penalty charge notice to patients, officials pledged to adopt the “three stage process”, which operates in both Scotland and Northern Ireland, which removes the presumption of guilt that operates in England. Patients are given the benefit of the doubt with an initial letter, inviting them to document their entitlement or pay if they have made an honest mistake.

The BDA has been pressing on the NHS to make this change, which in Scotland raises more revenue than follow up fines. Brendan Brown, Director of Citizen Services, NHS Business Services Authority confirmed “there has been a proposal which has been agreed to move to a three stage process… That proposal will be implemented in the coming months.”

However dentist leaders have remained deeply concerned by the lack of awareness over the impact of fines on patient behaviour and clinical time, strongly criticising the lack of any robust impact assessments underpinning the exponential growth in fines issued since 2014, a policy that has been linked to a 23% fall in attendance among patients entitled to free care.

Committee members grilled officials for overseeing a complex, hard to navigate regime. MPs mocked the fact that the ‘Easy Read’ guide to completing the notoriously complex two page dental claim form itself runs to 21 pages. The National Audit Office’s recent report showed that 30% of healthcare fines issued since 2014 – 1.7 million notices, with a cash value of £188 million – were withdrawn because a valid exemption was confirmed to be in place following a challenge.

The BDA has been the driving force in exposing the failure of these fines. It is pressing for a clear timetable on the move to the ‘three stage process’ and for further simplification of the process, including adoption of a new field on claims forms for vulnerable patients, that would identify people with conditions like learning difficulties at the outset, and remove them from any fines system.

“We took up this fight on behalf of vulnerable patients who too often don’t have a voice. Dentists have secured needed scrutiny of a failed system that has hit millions of innocent people.

“Dropping the presumption of guilt will at a stroke prevent hundreds of thousands of people being wrongly labelled as fraudsters when they claim the care they are entitled to.

“Sadly officials still seem blind to the consequences of these fines. We have seen exempt patients turn their back on treatment in their millions, while clinical time – which is at a premium – is eaten into by confusion on claims.

“But this needed change provides us with a basis to secure a system that patients and their carers can actually navigate with confidence.

“Yes, we must protect NHS finances, but it is not sufficient to simply talk tough on fraud. The government has a duty to be targeted and effective: this policy failed on both counts.”