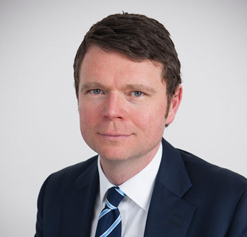 David Lauder, Dental Defence Union (DDU) dento-legal adviser, explains that while complaints, claims and investigations are often daunting, dealing with them all at once and on your own, can be incredibly stressful.

Few professions are as rewarding as dentistry, or offer as much variety but I am also conscious that today, dental practice is becoming an increasingly challenging and high-pressured environment. There are a number of reasons for this, but high on the list is the pressure to meet patients’ expectations. Clinical practice can feel demanding and stressful, especially with the potential for a complaint, GDC investigation or claim if something is perceived to go wrong.

While professional standards remain high, dental professionals face increased scrutiny and regulation, amid a more adversarial dento-legal climate. When you ask DDU members to describe the worst thing that could happen to them during their career, most are likely to say a claim for compensation, or a GDC investigation.

They may even be subjected to a series of investigations as a result of a single adverse incident – a phenomenon we call multiple jeopardy, where just one complaint could potentially lead to a claim, a GDC investigation and potentially media scrutiny.

Take a recent anonymised case in which the DDU supported members at a dental practice after an incident affected a number of patients. An associate dentist had been working with an agency dental nurse who was new to the practice and at the start of the morning session carried out examinations on his first three patients, while providing a scale and polish using the ultrasonic scaler. The first two patients said they noticed an unusual taste during the procedure, but the dentist did not suspect there was anything wrong.

When the third patient also described a poor taste, as well as a burning sensation, it became clear that the water bottle supplying the ultrasonic scaler contained disinfectant solution. The disinfectant had been used at the end of the treatment session the previous day, but the nurse had been unaware that the system hadn’t been flushed through with water afterwards. When the dentist realised what had happened, he told the patient and apologised, before calling the DDU.

With our support, the dentist called the previous two patients to tell them what had happened and advised all three to attend the local hospital.

All three patients reported chemical burns and ulceration to their oral mucosa. The practice principal was informed and the incident was recorded in the practice’s adverse incident log book. As well as writing detailed notes in the clinical records, the dentist wrote to each patient, with our assistance, explaining again what had happened and offering a written apology.

The dentist also explained to the patients what steps the practice had taken to avoid the incident happening again. An investigation was carried out, with all staff involved giving their version of events, and notes were kept of these discussions. A practice meeting was held, further staff training was arranged and changes to the practice’s policies and procedures were introduced.

Two of the patients later contacted the practice confirming they wanted to make a claim for compensation. There was also the potential for GDC involvement and the local media became interested.

Against this background, it is more important than ever that dental professionals have someone in their corner. This is where your dental defence organisation comes in. Fortunately, with our support, the dental professionals involved in the case above were able to respond quickly to the incident, apologising to the patients involved and putting steps in place to prevent a recurrence.

Feedback from members suggests they really value the opportunity to discuss an issue with a supportive expert at an early stage.