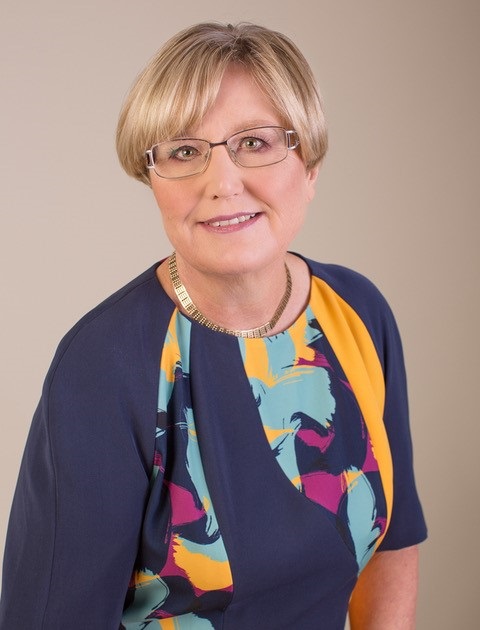 The force behind British Dental Association’s presence in Northern Ireland, and former Chair of both NI and UK Councils, Roz McMullan was installed today (2 May) as BDA President.

A leading figure in a ground-breaking scheme to support dentists’ mental wellbeing in Northern Ireland, she was appointed consultant orthodontist in the Western Trust in 1991 serving until her retirement in 2016.

She has worked in multidisciplinary teams and was instrumental in setting up a nurse-liaison service in the Western Trust, supporting babies born with cleft lips and palates and their families. She chaired the Hospital Training Committee of the Northern Ireland Deanery from 2005 to 2013.

Roz has a long-held interest in governance and served for many years on the Trust Quality Improvement Committee as well as being the clinical lead in specialist surgery from 2008 to 2012 and again from 2014 to 2016. She has served as both Secretary and Chair of the British Orthodontic Society (2002-2006), and as lead author in a report on outcome standards for patients undergoing fixed appliance therapy in the hospital service (2003).

A long-standing member of the BDA, Roz was instrumental in establishing the BDA Northern Ireland Office and became President of the Northern Ireland Branch in 1999. She has always valued the CPD and peer support that the branch provides.

Roz was elected to the NI Council, and served as Chair from 2015 until recently. In 2016, she chaired the UK Council, and championed the case for young dentists and students.

Throughout her career, Roz has been active in supporting dentists and dental teams in difficulty: this has included representing dentists at work, initially junior staff and then as a consultant on the hospital services committee. In 2016 she took this a stage further and worked with the NI Deanery and the NI Public Health Agency to establish Probing Stress in Dentistry. This initiative has not only raised awareness of mental well-being in the dental workforce, but has also developed a network of mental health first-aiders to support and offer signposts to dentists, dental students and dental teams who are experiencing difficulty.

“I feel hugely privileged to receive this accolade from the BDA and thank the Association for the confidence and trust it has shown in allowing me to serve as its President for 2019/20.

“I am passionate about making a difference to the wellbeing of my chosen profession, and it’s my honour to continue doing that as President.”