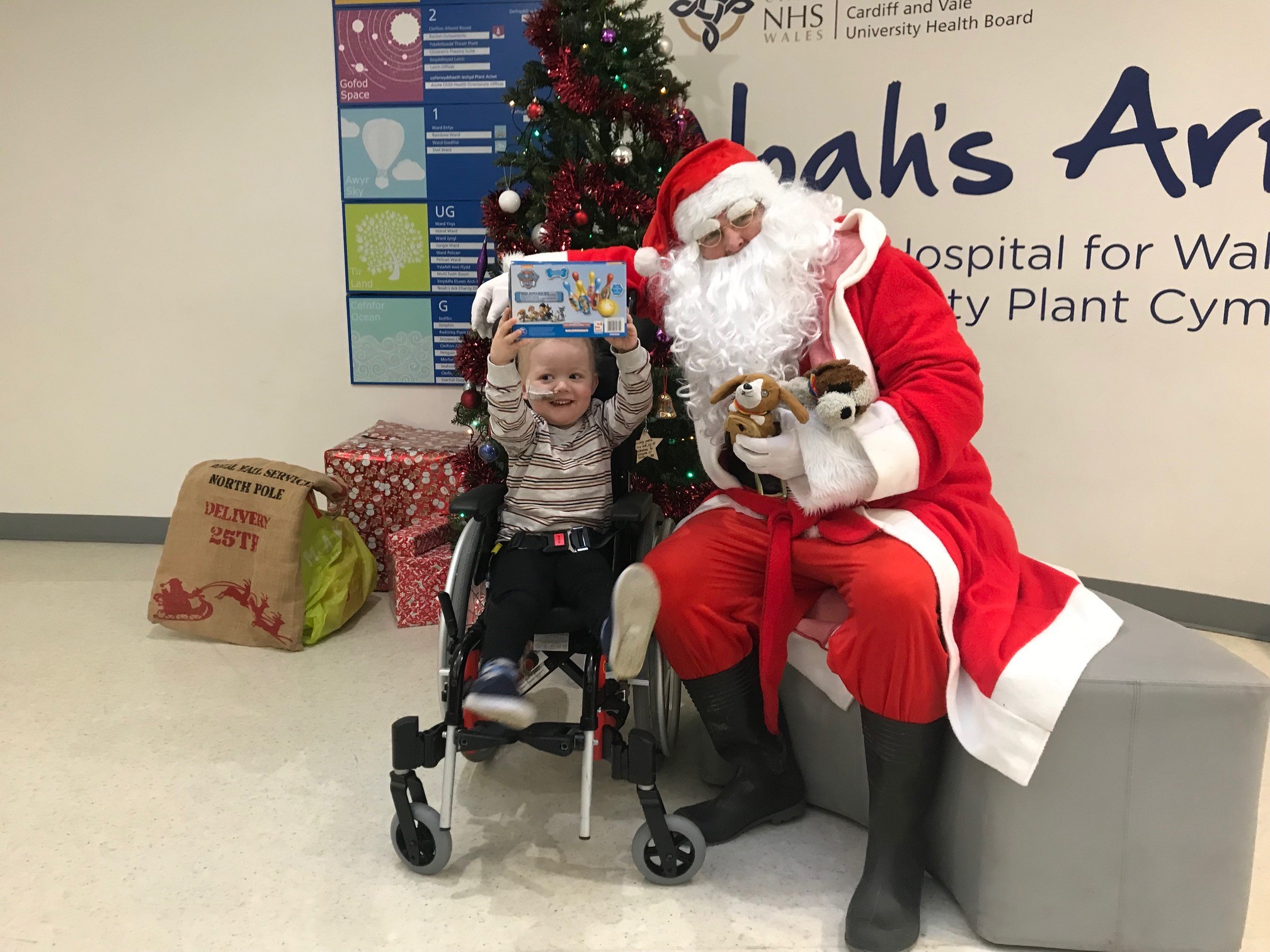 Henry’s Angels, a group of volunteers from Henry Schein UK and Ireland, raised funds during dress down days and team raffles to buy gifts for seriously ill children who spent Christmas in the hospital.

Henry Schein’s Cardiff team accompanied Santa Claus during his walk around the ward at the University Hospital of Wales while he was handing out gifts and spending a few minutes with each child. Henry’s Angels from Gillingham visited the Penguin Ward at Medway Maritime Hospital and spent time with infants and  teenagers. The Irish team supported the Ronald McDonald House, an initiative that provides accommodation and a caring and supportive environment for families whose children are seriously ill and hospitalised or undergoing medical treatment at the Dublin-based Our Lady’s Children’s Hospital, Crumlin®, Ireland’s largest paediatric hospital.

“We were honored to be included in each hospital’s activities to helpmake these children and their families smile in such difficult times,” said Ellie Nightingale, one of the founding members of Henry’s Angels. ”It is great to be part of a team that – with such amazing enthusiasm – gives back to the local community, lifting the spirits of those who need the most help.”

Henry’s Angels was formed in January 2011 by Team Schein Members, who wanted to put together a lasting programme of volunteers wishing to give back to the local community. Henry’s Angels is present in four locations in the UK and one in Ireland, and having organized more than 40 projects that have included in excess of 400 volunteers working more than 4,000 hours. The Angels support at least four projects each year and have already received tremendous support from local companies, hotels, and services. Henry’s Angels believe that time is the most valuable commodity they can give and together they can make a big difference.