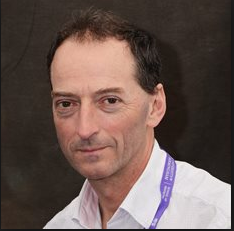 The International Association for Dental Research (IADR) announced Iain L.C. Chapple, University of Birmingham, England, as the 2018 recipient of the IADR Distinguished Scientist Award in Research in Periodontal Disease. Chapple was recognized at the Opening Ceremonies of the 96th General Session of the IADR, held in conjunction with the IADR Pan European Regional (PER) Congress. The IADR/PER General Session & Exhibition is in London, England at the ExCeL London Convention Center from July 25-28, 2018.

Chapple is a world renowned researcher in the field of periodontology with over 180 scientific peer-reviewed articles published in leading journals with focus on periodontal research. He has largely contributed to the diagnosis, pathogenesis and therapeutics of periodontal diseases. As a clinical scientist with a strong interest in basic science, his research has focused on basic biological research with a view to translating his findings into clinical practice.

The award consists of a monetary award and a plaque, and is designed to recognise, encourage, and stimulate outstanding research achievements in research and its translation through clinical research in periodontal disease.