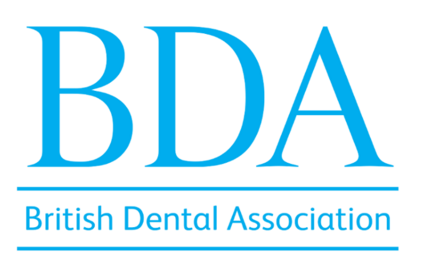 The British Dental Association has challenged Jeremy Hunt to put prevention at the heart of government’s NHS ‘birthday funding’ pledge, as dentists warn that a rush to reduce political pressure on hospital targets will fail to tackle the pressures facing the wider service.

In an open letter to the Health Secretary the dentists’ union has demanded clarity on investment in primary care and public health services, which appear conspicuous by their absence, stating that any settlement geared purely around chasing targets for acute care stands entirely at odds with the preventive philosophy set out in the Five Year Forward View.

It has sought clarity on issues around the government’s successive manifesto commitments to reform dental primary care services, its increasing over-reliance on patient charges, threats to training budgets, and its unwillingness to engage meaningfully on public health programmes.

The BDA has stressed that a new prevention-focused NHS contract will only now be viable if ministerial contributions taken out of service since 2012 are restored, to boost quality, access and time spent with patients. Recent figures have shown spending per head has fallen £41 to £36 per person in just five years. Recent evaluation reports have demonstrated prototypes currently being tested are not financially sustainable.

Dentist leaders have also urged the government to engage with modelling from Public Health England on the huge returns of investment yielded by spending on prevention, and requested details on plans for public health budgets for cash strapped local authorities. £1 spent on early years prevention programmes of supervised brushing yield £3.06 in savings after just five years.

Tooth decay remains the number one reason for child hospital admissions in the UK, with a growing number of children facing more than six-month waiting lists. The BDA has documented the multi-million-pound costs hospitals are now facing for failure to tackle tooth decay, a wholly preventable disease, on GP services, emergency and secondary care.

BDA Chair, Mick Armstrong, said: “If Ministers fail to invest in prevention in primary care and public health services they will be on the wrong side of their own strategy for the health service.

“It is wrongheaded to focus on cure over prevention, treating the symptoms but not the causes of the pressure on our NHS. More and more children face six-month waits for tooth extractions in hospital, but the solution cannot be throwing cash at the surgical workforce.

“This is about targeted investment. Reform of the failed NHS contract has reached an impasse, and the government’s stated goals of improving both access and prevention simply cannot be delivered on a standstill budget. To make this work all we need is the cash Ministers have quietly siphoned out of the service since 2012.

“The government’s own figures show a pound spent on preventing decay can yield three back in savings. Reducing exposure on hospital and emergency targets is politically useful, but it isn’t a sustainable or cost-effective basis for a healthcare strategy.”