New classification of periodontal and peri-implant diseases and conditions 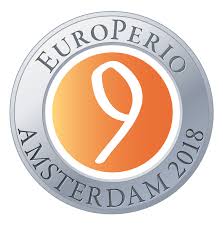 EuroPerio9, the world’s leading congress in periodontology and implant dentistry, saw the announcement of a new global classification system for periodontal health, diseases and conditions, as well as peri-implant diseases and conditions. The comprehensive classification was based upon the most contemporary evidence and includes astaging and grading system for periodontitis, indicating severity and extent of disease, accounting for lifetime disease experience and taking into account the patient’s overall health status. The complete review and consensus reports are published today simultaneously in both the Journal of Clinical Periodontology (EFP) and the Journal of Periodontology (AAP).

“This was a huge undertaking but one of vital importance, ensuring that an international language for clinical care, research and education is established, and updating the 1999 classification system to account for rapid advances in scientific knowledge over the last 20 years,” said Prof Iain Chapple, EFP Secretary General and Co-Chair of Group 1 of the workshop.

The new classification is the outcome of a joint workshop held by the European Federation of Periodontology (EFP) and the American Academy of Periodontology (AAP) in Chicago in 2017. The workshop included over 100 experts from Europe, America, Australia and Asia who reviewed existing literature to create a global consensus that enables care to be standardised for patients around the world.

In the new classification, clinical health is defined for the first time and periodontitis is described in four stages, ranging from Stage 1 (least severe) to Stage 4 (most severe). The risk and rate of disease progression has been categorised into three grades from lowest risk of progression (Grade A) to the highest (Grade C). The grading considers risk factors such as smoking and the presence of concomitant diseases, such as diabetes.

“The new classification should provide a globally consistent approach to diagnosis and management and ultimately improve outcomes for our patients,” said Prof Chapple.

“Next steps include careful education of the Oral Healthcare team to ensure its simplicity is recognised as, at first glance, the classification may appear complex but it is actually quite pragmatic, and to make sure we train effectively in its implementation,” concluded Prof Chapple.