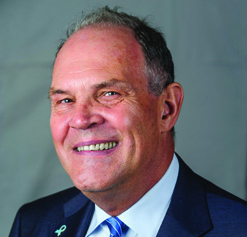 The Government estimates that patients will end up paying an additional £72.4 million over the course of the coming financial year.

A cover-up for cost cutting?

The British Dental Association has branded the latest patient charge increases in England as a cover for cuts to state funding for NHS dentistry, something which we very much agree with. Patients are essentially paying for the costs of repeated cuts made by the government to NHS dental care in recent years.

This is the third above inflation price rise of NHS dental charges in the last few years disturbingly with every increase more and more patients are being priced out of being able to afford necessary dental treatment. Sadly, it is those most in need, with poorest oral health and higher demand for treatment who are those most affected.

This increase will breed further inequalities in the oral health of millions across the country, with those unable to afford access oral healthcare being forced to go without care until the problems get to a point of tooth loss or major treatment.

We have found that more than quarter of people in Britain see cost as the main barrier to accessing dental services and we fully expect this to grow with this price increase. More patients will delay treatment, exasperating problems which could be easily remedied, simply because they cannot afford it.

We regard this decision to increase prices, as well as the two before it, as remarkable short sightedness by the Government which will mean hospital will find more people in their accident and emergency departments with oral health problems which could have been rectified long before this point.

As it stands around 135,000 patients a year are turning up at A&Es with dental problems, a further 570,000 are going to their GP with toothache every year, with continued price increases this will undoubtedly rise and put further pressure on the well-publicised struggles of the health system.

The government can, and must, stop this, but the bean counters have to look beyond the next years spreadsheet.

By investing now in NHS dental care, removing one of the biggest barriers that stops people access to necessary dental care they can change the future of oral health in England, they can save huge amounts of money in the future. Additionally, and more importantly, the will be protecting hundreds of thousands of people from the pain and suffering caused by poor oral health which could be fixed with better oral health care.

As with dentistry, prevention is always better than a cure. Improving funding for NHS dental services can be compared to brushing your teeth twice a day, it’s a simple fix which will prevent much bigger problems in the future and should not be something that is ignored.